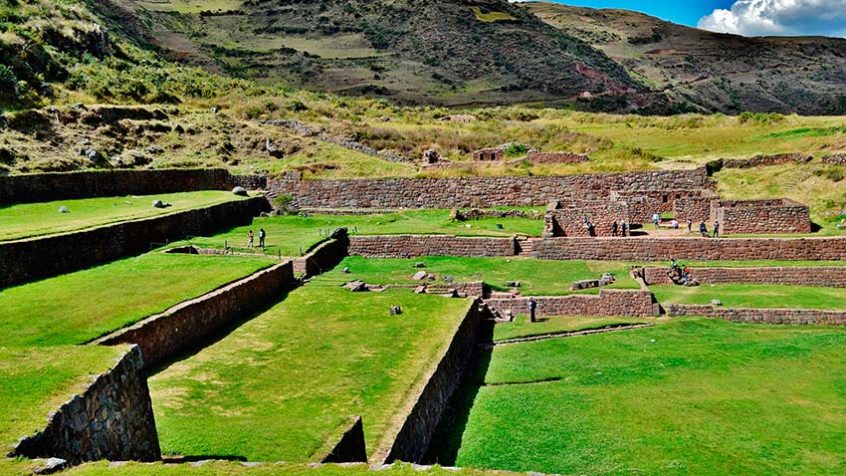 This tour known because it is located south of the Imperial City of Cusco and during the tour we will observe beautiful landscapes, such as archaeological sites of the Inca period: Tipon, Pikillaqta pre - Inca architecture and finally visit the town of Andahuaylillas, known by Its church called the “Sistine Chapel of America”.

Our tour begins with the pick up of our passengers from their respective hotels, after a trip of almost 40 minutes we arrive at Tipon, archaeological site of the Inca period where we will appreciate the domain of hydraulic engineering and where you can see an exceptional irrigation system With vertical and horizontal irrigation canals on agricultural terraces, water flows from the subsoil to a source from which it is distributed by channels, was a center of agricultural production and experimentation. Then we move to Pikillaqta, pre-Inca citadel belonging to the Wari Culture characterized by its levels of construction of stone, lime, plaster, etc. Here the distribution of its buildings in a harmonious and symmetrical way stands out. The city should have housed a population of about 10,000 people. Continuing with the tour we arrive to Andahuaylillas, the biggest attraction of this town is its church that maintains true treasures of art and gold, its walls are typical of colonial buildings, it has a façade adorned with murals that cover the walls and The ceiling is decorated with geometric models, flowers with gold leafs, paintings of saints martyrs and medallions all this work is attributed to Luis de Riano Cuzco artist from the colonial period. The decoration of its interiors is the most impressive of the Sistine Chapel of America.